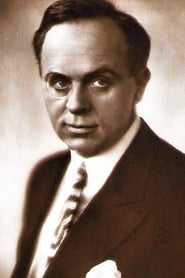 Friedrich Rudolf Klein-Rogge (24 November 1885 – 29 May 1955) was a German film actor. Klein-Rogge is known for playing sinister figures in films in the 1920s and 1930s as well as being a mainstay in director Fritz Lang's Weimar-era films. He is probably best known in popular culture, particularly to English-speaking audiences, for playing the archetypal mad scientist role of C. A. Rotwang... Read more