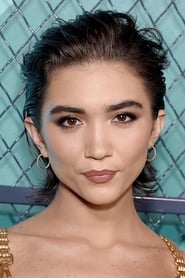 Rowan Eleanor Blanchard (born October 14, 2001) is an American actress. She is known for her role as Riley Matthews on the Disney Channel series Girl Meets World that aired from 2014 until 2017. Blanchard began acting at the age of five. In 2010, Rowan was cast as Mona's daughter in The Back-up Plan and was in the main cast of the Disney Junior Original Series Dance-A-Lot Robot as Caitlin. In... Read more