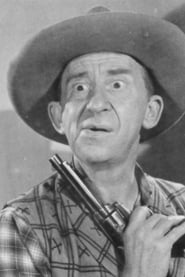 From Wikipedia Roscoe Ates (January 20, 1895 – March 1, 1962) was an American vaudeville performer, actor of stage and screen, comedian and musician who primarily was featured in western films and television. He was best known as western character Soapy Jones.