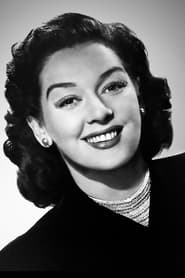 Rosalind Russell (June 4, 1907 – November 28, 1976) was an American actress of stage and screen, perhaps best known for her role as a fast-talking newspaper reporter in the Howard Hawks screwball comedy His Girl Friday, as well as the role of Mame Dennis in the film Auntie Mame. She won all 5 Golden Globes for which she was nominated, and was tied with Meryl Streep for wins until 2007 when... Read more