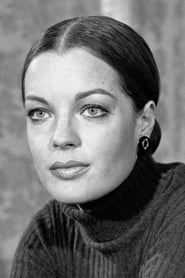 Romy Schneider (born Rosemarie Magdalena Albach, 23 September 1938 – 29 May 1982) was a German-French actress. She began her career in the German heimatfilm genre in the early 1950s when she was 15. From 1955 to 1957, she played the central character of Empress Elisabeth of Austria in the Austrian Sissi trilogy, and later reprised the role in a more mature version in Visconti's Ludwig... Read more