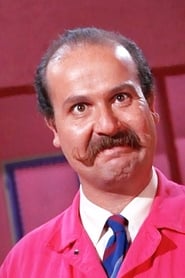 Of his hundreds of roles, he is best remembered for playing the flamboyant and hapless criminal Harry Mudd on the original Star Trek. Other memorable roles include the accountant Doug Wesley on The Dick Van Dyke Show and Colonel Gumm on Batman. He also... Read more