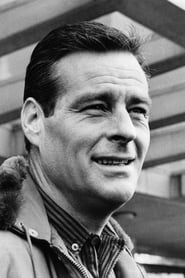 Over his 40-year career as one of Hollywood's veteran character actors, Robert Webber always marked his spot by playing all types of roles and was not stereotyped into playing just one kind of character. Sometimes he even got to play a leading role (see Hysteria (1965)). Webber first started out in small stage shows and a few Broadway plays and served a stint in the army before he landed the... Read more