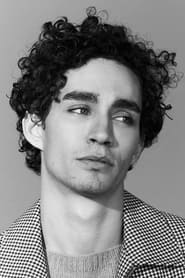 Robert Sheehan (born 7 January 1988) is an Irish actor. Sheehan is known for playing Klaus Hargreeves on Netflix's original series The Umbrella Academy. He is the son of Joe and Maria Sheehan. His father was a member of the Garda Síochána, the police force of the Republic of Ireland. As a child, Sheehan was interested in performing music. He learned how to play the banjo, the bodhrán, and... Read more