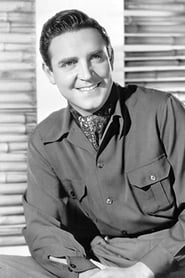 Robert Paige (born John Arthur Page December 2, 1911 in Indianapolis, Indiana, died Dec 21,1987) was a TV star and Universal Pictures leading man who made 65 films in his lifetime and was the only actor ever allowed to sing on film with Deanna Durbin (in 1944's Can't Help Singing). He was a graduate of West Point and was related to Admiral David Beatty, hero of the World War I Battle of... Read more