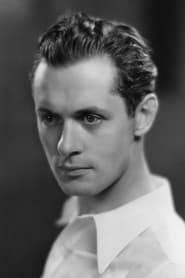 Robert Montgomery (born Henry Montgomery Jr.; May 21, 1904 – September 27, 1981) was an American film and television actor, director, and producer. He was also the father of actress Elizabeth Montgomery.

Montgomery settled in New York City to try his hand at writing and acting. He established a stage career, and became popular enough to turn down an offer to appear opposite Vilma Bánky in... Read more