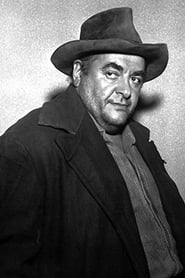 Robert Middleton, born Samuel G. Messer (May 13, 1911 – June 14, 1977), was an American film and television actor known for his large size and beetle-like brow. With a deep, booming voice, Middleton trained for a musical career at the Cincinnati Conservatory of Music and Carnegie Tech in Pittsburgh, Pennsylvania. He worked steadily as a radio announcer and actor.

One of his early works was... Read more