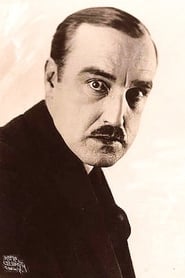 McKim starred with Lon Chaney in the 1923 silent version of All The Brothers Were Valiant. One of his last roles was again... Read more