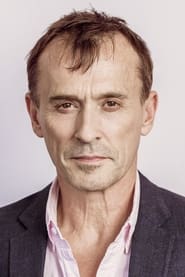 Robert Lyle Knepper (born July 8, 1959) is an American actor. He is best known for starring as Theodore "T-Bag" Bagwell in the Fox network's drama series, Prison Break, for which he was nominated for a Satellite Award. He has also appeared in the films Hitman (2007) and Transporter 3 (2008), and joined the cast of Heroes for its fourth season. Most recently, he joined the cast of Stargate... Read more