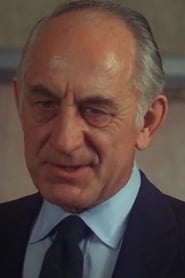 Robert F. Simon (December 2, 1908 – November 29, 1992) was an American character actor, often portraying military or authority figure roles. Though his face was recognized by audiences, he was mostly unknown by name. A life member of The Actors Studio,[2]Simon appeared in films and on television between 1950 and 1985, having mastered the genre of westerns, drama, and comedy.