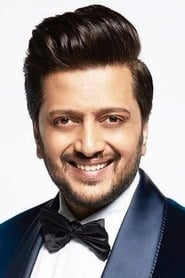 Ritesh Deshmukh ( born 17 December 1978 in Mumbai, Maharashtra) is an Indian actor who appears in Bollywood films. He is the son of Vilasrao Deshmukh, the Union Minister for Heavy Industries and Public Enterprises, Government of India, and the former Chief Minister of Maharashtra. Deshmukh debuted with K. Vijaya Bhaskar's Tujhe Meri Kasam (2003), but it was not until 2004 that he... Read more