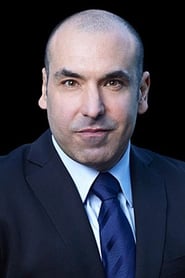 Born June 12, 1970 in New York City, New York and raised in Roslyn Heights, New York, Rick Hoffman graduated from The Wheatley School in Old Westbury, NY before attending the University of Arizona. After graduating from University of Arizona, Rick moved to Los Angeles to start an acting career. He landed his first role as a security guard in Conspiracy Theory (1997) . He was so nervous he... Read more