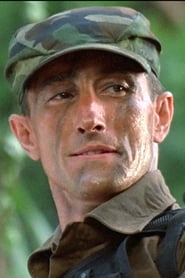 Richard John Chaves is an American character actor. In the early 1980s, he began work as an actor taking on various soap opera roles until he gained a role in 1987 as Poncho in the science fiction film Predator. Soon afterward, his career received another boost with the role of Lt. Colonel Ironhorse in the television series War of the Worlds. Chaves once calculated that the volume of fan mail... Read more