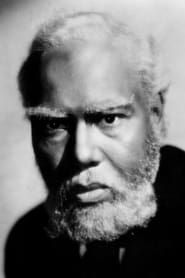 A Corsicana native, Rex (Clifford) Ingram was the son of Mack and Mamie Ingram. He graduated from Northwestern University with a degree in medicine before launching a brilliant acting career which spanned 50 years. Ingram made his screen debut during the silent era in Tarzan of the Apes (1918) . He won widespread acclaim for his portrayal of De Lawd in The Green Pastures (1936) , Ingram also... Read more