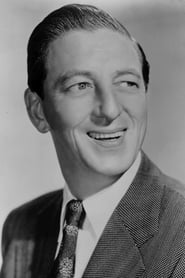 Ray Bolger began his career in vaudeville. He was half of a team called "Sanford and Bolger" and also did numerous Broadway shows on his own. He, like Gene Kelly, was a song-and-dance man as well as an actor. He was signed to a contract with MGM in 1936 and his first role was as himself in The Great Ziegfeld (1936). This was soon followed by a role opposite Eleanor Powell in Rosalie (1937).... Read more