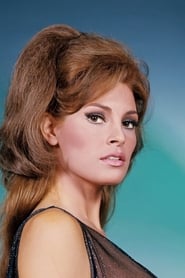 More a sex goddess than an actress, the statuesque Raquel Welch was one of the most popular celebrities of the 1960s and 1970s. While she appeared in dozens of films, they earned little notice, her success depending almost exclusively on her stature as a buxom pin-up. Born Raquel Tejada on September 5, 1940, in Chicago, she began taking dancing lessons as a child and by her teens was already... Read more