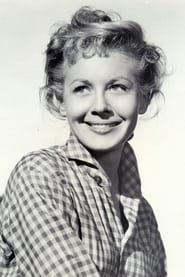 Randy Stuart, born as Elizabeth Shaubell (October 24, 1924 – July 20, 1996), was an American actress in film and television. A familiar face in several popular films of the 1940s and 1950s, and later in Western-themed television series, she is perhaps best remembered as Louise Carey, the wife of Scott Carey, played by Grant Williams, in The Incredible Shrinking Man (1957), a science-fiction... Read more