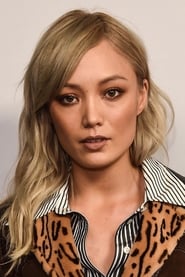 Pom Alexandra Klementieff (born 3 May 1986) is a French actress and model. She was trained at the Cours Florent drama school in Paris. Her first professional acting job was the French independent film Après lui (2007). Her first leading role was in Loup (2009). She made her Hollywood debut in Oldboy (2013), a remake of the South Korean film of the same name.

She moved to Los Angeles after