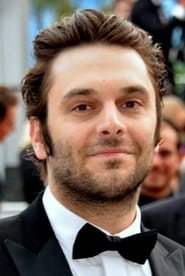 Born into an artistic environment, his mother a French Alsatian former costume designer at the Opéra de Strasbourg, and his father, an Italian immigrant and a set designer, Pio Marmaï studied at the Scuola Commedia dell'Arte Antonio Fava, at the School Les Enfants Terribles theatre of Paris, Créteil conservatoire and the School of the Comédie in Saint-Étienne. He has appeared in more than twenty films since 2008.