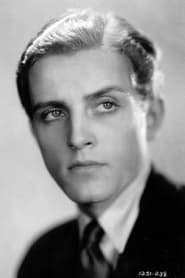 Phillips Raymond Holmes (July 22, 1907 – August 12, 1942) was an American actor. In 1928 Holmes was spotted in the undergraduate crowd at Princeton University during the filming of Frank Tuttle's Varsity and offered a screen test. In the early 1930s he became a popular leading man, playing leads in a few important productions, notably in Josef von Sternberg's An American Tragedy.