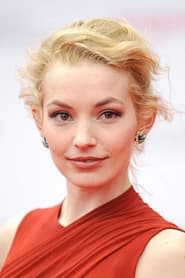 Perdita was born in South Glamorgan, educated at Roedean School and studied art history at the Courtauld Institute. She is the younger sister of Honeysuckle Weeks and the older sister of Rollo Weeks. She portrayed Mary Boleyn (King Henry VIII's sister-in-law) in the Showtime drama The Tudors (2007). In 2008 she appeared... Read more