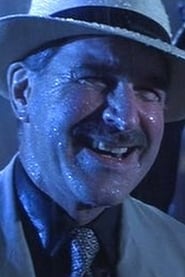 Paul Maxwell (12 November 1921 – 19 December 1991) was a Canadian actor who worked mostly in British cinema and television, in which he was usually cast as American characters. In terms of audience, his most notable role was probably that of the ex-GI groom of Elsie Tanner in the character's 1967 wedding in the soap opera Coronation Street. In the 1960s, Maxwell appeared in many TV... Read more