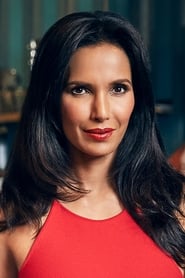 Padma Parvati Lakshmi (born September 1, 1970) also Padma, Lady Rushdie is an Indian American cookbook author, actress, and model. She has been the host of the US reality television program Top Chef since season two in 2006. In 2010, Top Chef was nominated for an Emmy Award and won for Outstanding Reality-Competition Program.