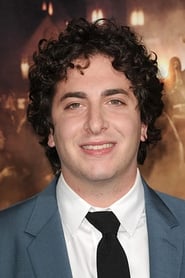 Oliver Cooper was born on December 2, 1989 in Toledo, Ohio. In 2009, at the age of 19, he moved to Los Angeles to pursue a career as an actor and quickly landed an internship at CONAN. While taking an acting class, a fellow classmate told him that Warner Brothers was looking for fresh young faces to star in the Todd Phillips produced Project X and that Cooper would be perfect. With no... Read more