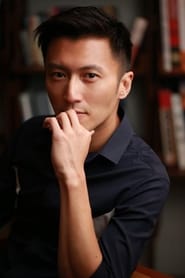 ​. Nicholas Tse  (born 29 August 1980) is a Hong Kong singer-songwriter, actor and musician, and son of actor Patrick Tse. He is a member of the Emperor Entertainment Group. Throughout his career, he has been a singer, an actor, a director, a producer, and a composer. He originally learned martial arts for the screen and television, which he continues to practice. He has won the Hong Kong Film Award for Best Actor (2011).