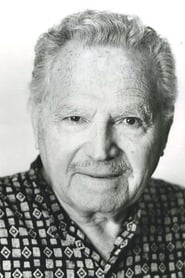 Nehemiah Persoff (born August 2, 1919) was a former American film and television character actor. He was born in Jerusalem, Palestine Mandate.

Born in what is now part of Israel, Persoff emigrated with his family to the United States in 1929. He began to take an interest in acting in the 1940s, and after serving in the Army during World War II, he began to pursue his acting career in the... Read more