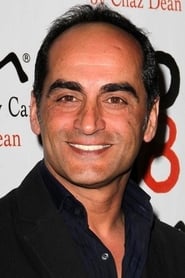 Navid Negahban was born and raised in Mashhad, Iran. His passion for acting led him to Germany, where he spent eight years honing his theatrical skills prior to arriving in the US. Navid has been building a strong resume ever since, playing a broad range of intriguing characters for film, theatre, and television.

Navid has a powerful leading role in the stunning dramatic feature The Stoning... Read more