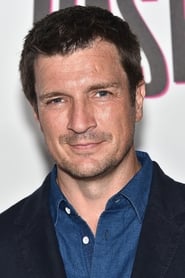 Nathan Fillion (born March 27, 1971, height 6' 1½" (1,87 m)) is a Canadian actor, currently starring as Richard Castle on the ABC series Castle. He is also known for his portrayal of the lead role of Captain Malcolm Reynolds in the television series Firefly and its film continuation Serenity, and to a lesser extent for his regular role as Johnny Donnelly on the sitcom Two Guys and a Girl.