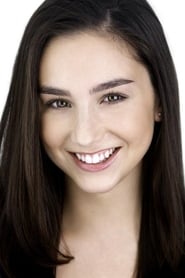 Molly Ephraim (born May 22, 1986) is an American actress who has appeared in films, on television and in Broadway, off-Broadway and regional theatre productions. She is best known for playing the role of Wendy Greenhut in the 2008 film College Road Trip, and as Ali in Paranormal Activity 2 and Paranormal Activity: The Marked Ones. She currently plays Mandy Baxter in the ABC sitcom Last Man Standing, which premiered on October 11, 2011.