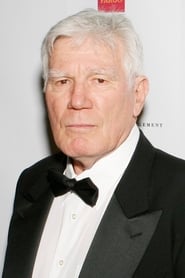 Mitchell Ryan (born January 11, 1934) is an American actor most recently known for playing Edward Montgomery on Dharma & Greg. Ryan was born in Cincinnati, Ohio and raised in Louisville, Kentucky. He served in the US Navy during the Korean War. After the Korean War, he went to the Barter Theatre in Abingdon, Virginia. There he went on to make his acting debut in Thunder Road along with the... Read more