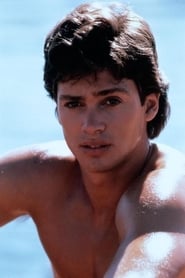 Mitchell Jay Gaylord was born in Van Nuys, California, son of Fred and Linda Gaylord, a Jewish family. He made his first U.S. National team in gymnastics in 1980 and continued to retain his place on the team for the next five years. Gaylord appeared in several movies and TV shows. Most notably, he performed as a stunt double for Chris O'Donnell (as Robin) in the 1995 movie Batman Forever and... Read more