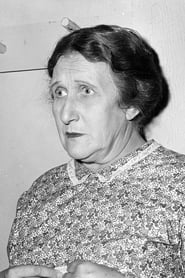 A stage actress, Urecal made her screen debut in 1934. For the remainder of her career and two hundred plus movies, she played cleaning women, landladies, shopkeepers and the like. She was known as a Marjorie Main type actress and later went on to a career in television playing in such shows as "Tugboat Annie" and "Peter Gunn." Minerva claimed her name was an amalgam of her hometown, Eureka, California.