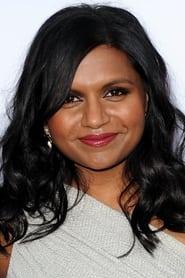 Vera Mindy Chokalingam (born June 24, 1979), known professionally as Mindy Kaling, is an American actress, comedian, and writer. She rose to prominence in 2005 for her work on the NBC sitcom The Office, where she portrayed Kelly Kapoor and served as a writer, executive producer, and occasional director throughout most of the series' run. Kaling created, wrote, produced, and starred in the... Read more