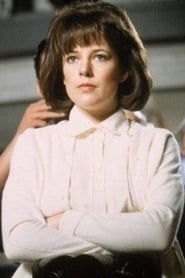 Michelle Meyrink (born September 1, 1962) is a Canadian actress who performed roles during the 1980s in both television and in films, mostly playing roles as offbeat teen girls. She is best remembered as the hyperactive whiz-kid Jordan Cochran in the 1985 film Real Genius and as the female nerd Judy in 1984's Revenge of the Nerds.