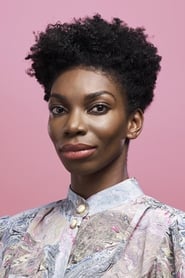 Michaela Ewuraba Boakye-Collinson, known professionally as Michaela Coel, is a British actress, screenwriter, director, producer, singer, songwriter, poet and playwright. She is best known for creating and starring in the E4 sitcom Chewing Gum (2015–2017), for which she won the BAFTA Award for Best Female Comedy Performance, and the BBC One/HBO comedy-drama series I May Destroy You (2020).