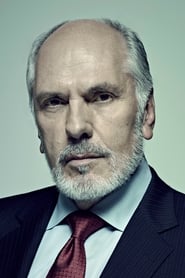 Michael Ivan Cristofer (born 22 January 1945, Trenton, New Jersey) is an American playwright, filmmaker and actor. He received the Pulitzer Prize for Drama and the Tony Award for Best Play for The Shadow Box in 1977. Michael Cristofer was awarded a Pulitzer Prize and an Antoinette Perry “Tony” Award for the Broadway production of his play, The Shadow Box. Subsequent to New York, the... Read more