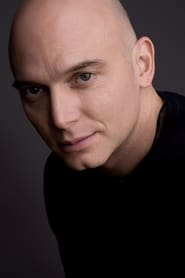 Michael Cerveris (born November 6, 1960) is an American singer, guitarist and actor. He has performed in many stage musicals and plays, including in several Stephen Sondheim musicals: Assassins, Sweeney Todd, Road Show, and Passion. He won the Tony Award as Best Featured Actor in a Musical for Assassins. He was called, by Playbill.com, "arguably the most versatile leading man on Broadway",... Read more