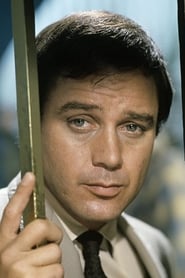 Born Martin Harris Calinieff in Philadelphia, Pennsylvania, Callan began his career as Mickey Calin, and it was with this name he appeared on Broadway in The Boy Friend (1954), Catch a Star (1955), and West Side Story (1957-1959).

Callan's film career began in 1959 where he was contracted with Columbia Pictures and had roles in... Read more