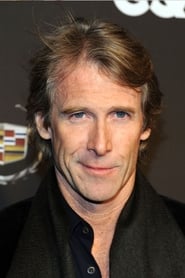 Michael Benjamin Bay is an American film director and producer. He is best known for directing high-budget action films characterized by fast edits, polished visuals and substantial use of practical effects. His films, which include The Rock, Armageddon, Pearl Harbor and the Bad Boys and Transformers series, have grossed over three billion dollars world-wide. He is co-founder of commercial... Read more