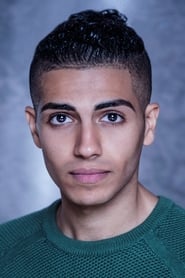 Mena Massoud is a Coptic Egyptian-Canadian actor. He was born to Coptic parents in Egypt and raised in Canada. In July 2017, he was cast to play Aladdin in Disney's live-action remake of Aladdin. Massoud was born in Cairo, Egypt to Egyptian Coptic Orthodox Christian parents. He has two older sisters. When he was young he emigrated to Canada. He grew up in Markham, Ontario, where he attended... Read more