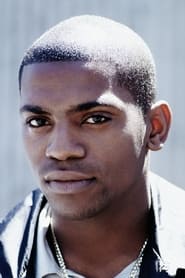 Mekhi Thira Phifer (born December 29, 1974) is an American actor. He is perhaps best known for his multi-year role as Dr. Greg Pratt on NBC's long-running medical drama ER and his co-starring role opposite Eminem in the feature film 8 Mile. He was a regular on the Fox crime show Lie to Me portraying the role of Ben Reynolds, before season 3. He was born in in Harlem, New York City, the son of... Read more