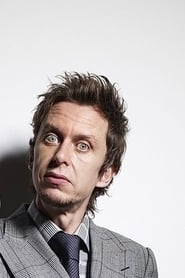 Matt King (born 31 January 1968) is an English actor, writer of BBC sitcom Whites and comedian. He is known for his role as self-absorbed musician Super Hans in the Bafta-winning British sitcom Peep Show.

He has played many characters, including Elton John and Terry Venables, in the Bafta-nominated comedy series Star Stories, and starred in his own self-penned sketch show Dogface, also on... Read more