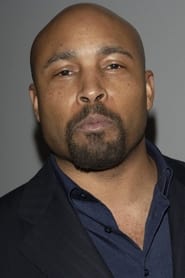 Mathew St. Patrick (born March 17, 1968) is an American actor. He is best known for his portrayal of Keith Charles on the HBO drama television series Six Feet Under. St. Patrick has starred on General Hospital and All My Children. He was the first voice of Skulker on Danny Phantom and starred on Reunion. He recently played the part of an FBI agent in the film War.