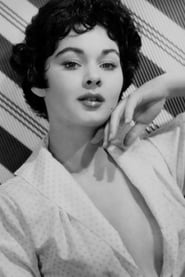 She was born Marleine Gaile English in San Diego, California. As a teenager, she worked as a model and performed locally.

English was originally signed to a contract by Paramount Pictures in 1952 after winning a San Diego beauty pageant to be "Fairest of the Fair". She was paid $150 per week to appear in such films as Red Garters (1954) and Rear Window (1954). She was often cut out of these... Read more