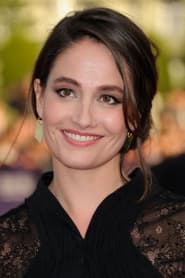 Revealed very young in the film "Mon père ce héros", the role earned her a nomination for the best upcoming actress césar. In 1995, her role in "L'Appât" is praised by public and critics, earning her the Golden Bear at Berlin the same year, along another nomination at the Césars for the best upcoming actress and the Romy-Schneider award in 1996. Also active in theater.