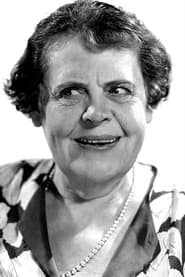 Leaving home at the age of 14, Dressler built a career on stage in traveling theatre troupes, where she learned to... Read more